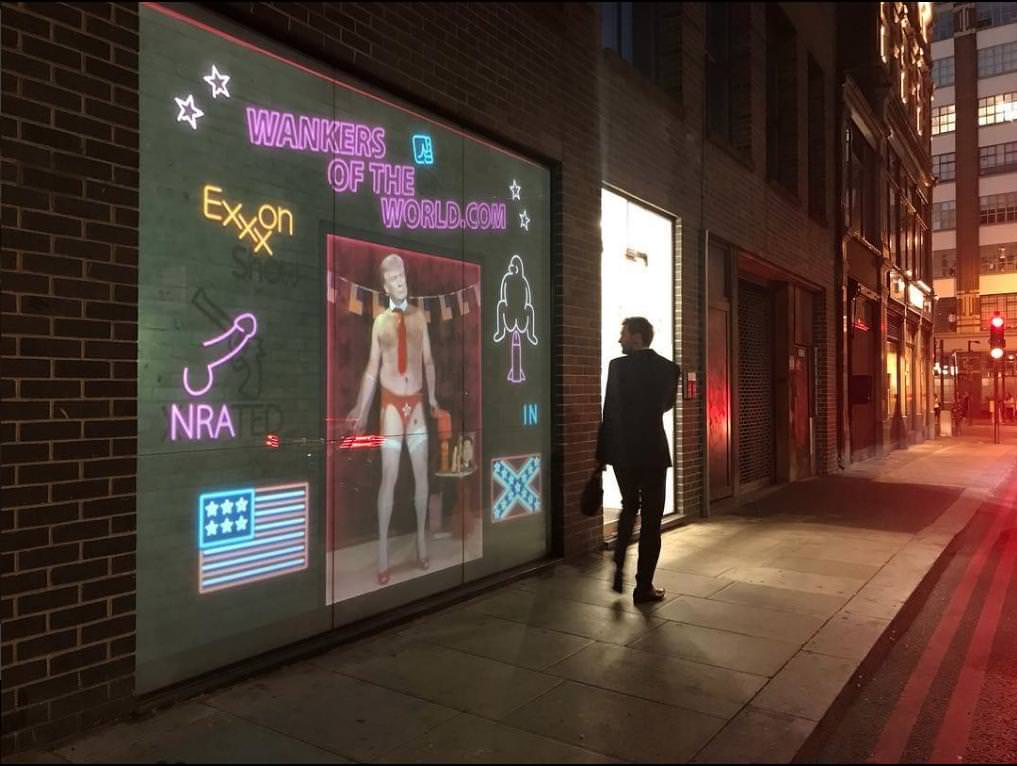 This Brexit and Halloween, join President Donald Trump as he prostitutes himself once again, alongside his special chum - Prime Minister Boris Johnson at our newly opened political whores brothel located at:

Every night from 5PM 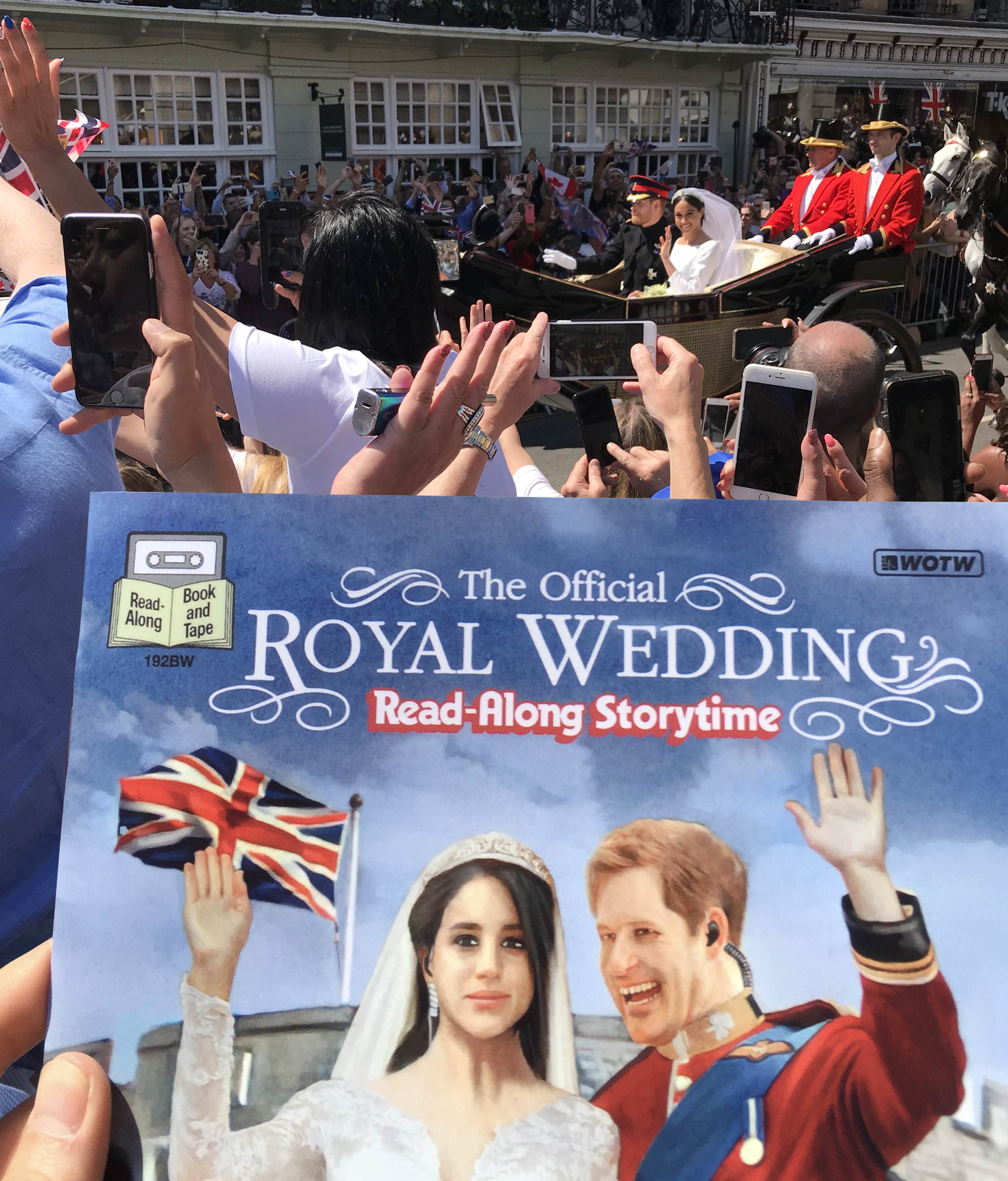 To mark the wonderful Royal Wedding between Prince Harry and Meghan Markle, Wankers of the World created a very special limited edition Read-Along Storytime book with accompanying audio tape. The books were distributed - free of charge, to members of the public on the big day in Windsor.

An online version of the book can be viewed here 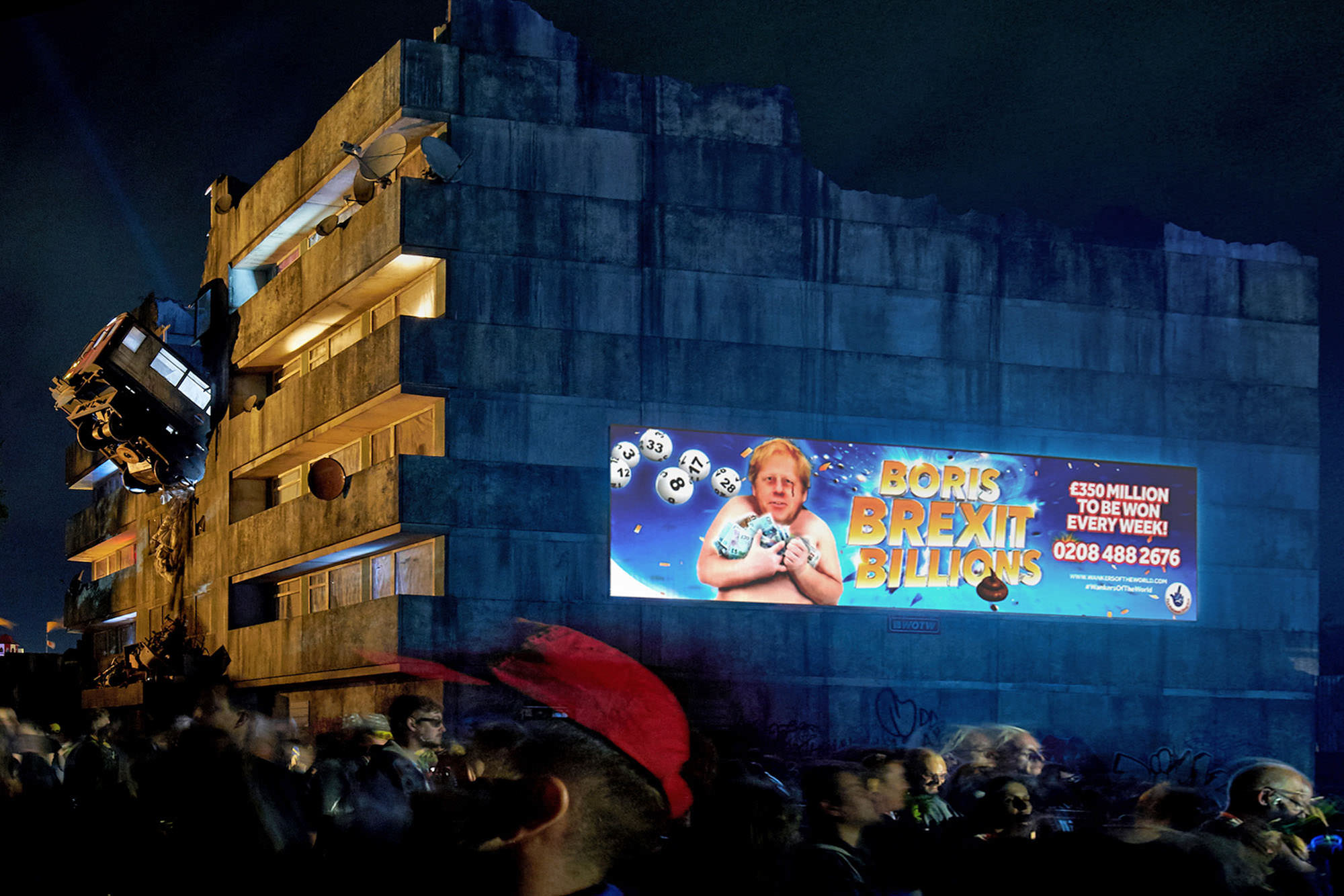 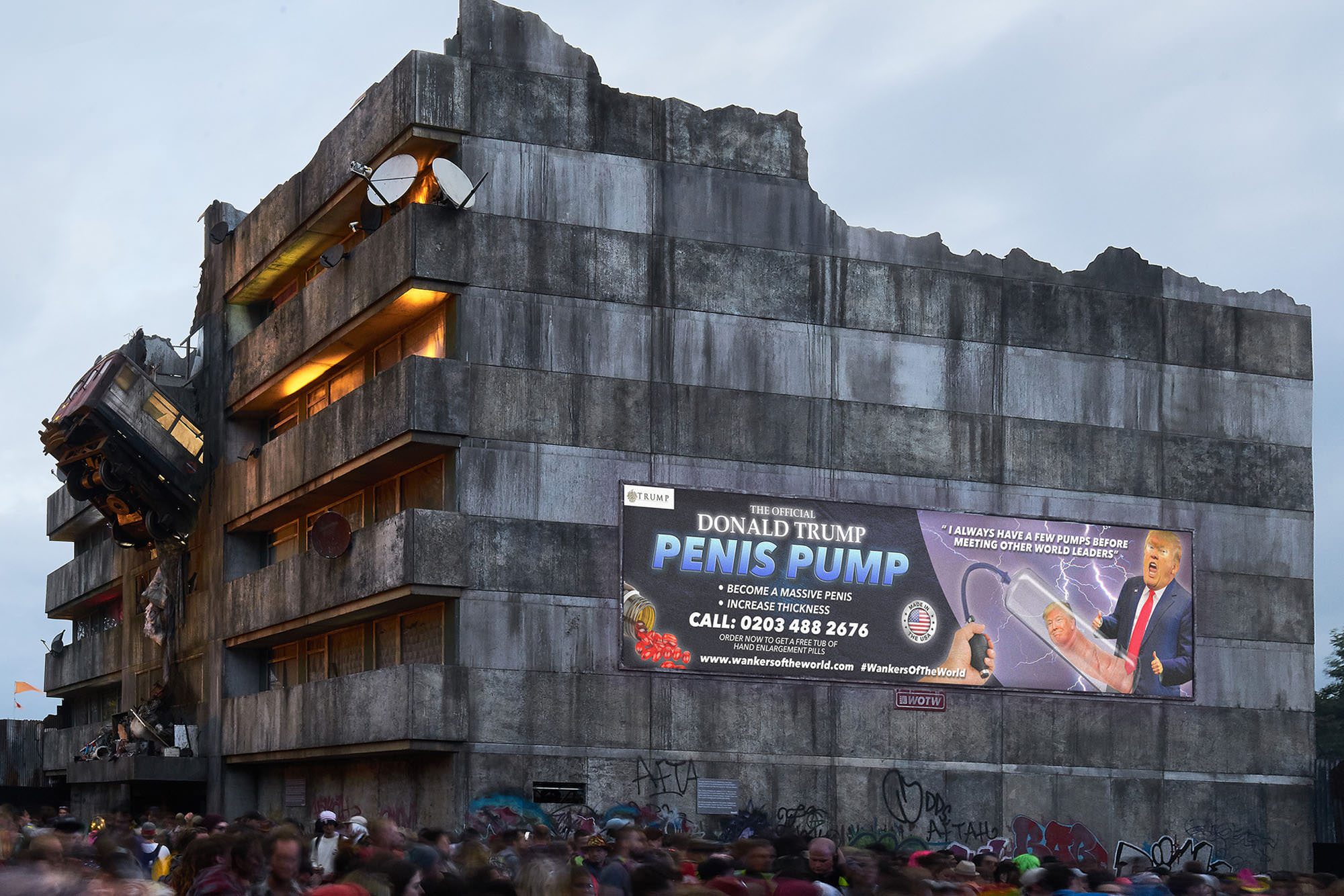 WOTW were invited to create an installation at Glastonbury Festival for Block 9. A fake 96- sheet LED billboard was constructed, showcasing a series of fake adverts on loop.